Viviani at Fantacycling: "I want to be a protagonist on the road again" 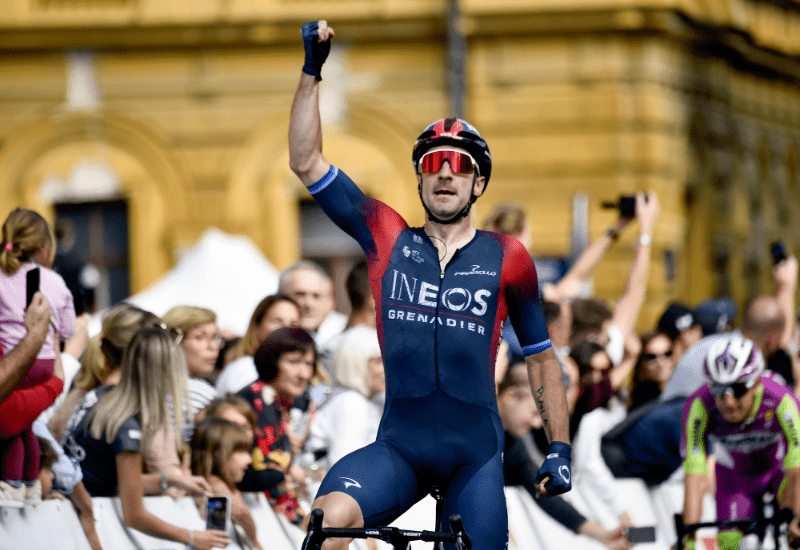 The Olympic track champion spoke about the Giro, the transfer market and future champions

He's been back on his bike for a few days, fresh from his wedding and honeymoon with Elena Cecchini , ready to prepare for a new season.

Guest of the Fantacycling live show, Elia Viviani, put two great objectives at the center of his 2023: the Olympic qualification on the track (Paris 2024) and being again the protagonist on the road, as in the past: "I will certainly start the year in Argentina in San Juan, and then I will race the European track in February. The question mark – he explained – concerns the Uae Tour or the Algarve, then I would like to focus on the Tyrrhenian Sea, Sanremo and Ghent. For the Giro d'Italia the wait is still too long. Ineos wants to come to win the race with Thomas, it will be a 'war' to find a place but I hope to be there and finish. I dream of winning the last stage in Rome ”.

Viviani's will is to find important victories after complicated seasons. In this regard, the choice to return to Ineos was well considered: "I decided after the Tokyo Games, coming after a very difficult year and a half - said the 33-year-old from Verona - there I still felt at the top and the only team where I could be a protagonist again on the road it was really my current team . It's true, I had other offers but the fact of returning to a super professional environment that I already knew convinced me”.

From the past in Cofidis : “It wasn't a mistake, it was two years that made me grow and understand many things”, to a future yet to be written: “What if Quick Step called me again? No sprinter would turn down their offer."

Viviani elected Olav Kooji : "The sprinter who impressed me the most in 2022", Jonathan Milan : "He can become the new Marcel Kittel and win the group sprints" and Alberto Dainese : "If he finds support from his team, he will do great things ( the DSM)".

The most beautiful victories, the disappointments, the safety in the sprints and the incredible day of the European track (with the gold conquered a few hours after the arrival of the road test): many topics addressed by the Olympic champion and flag bearer of Italy at the 2020 Games.

You can watch it live on our YouTube channel: