Ganna: "In the future I will aim for a classic. Bernal as a younger brother" 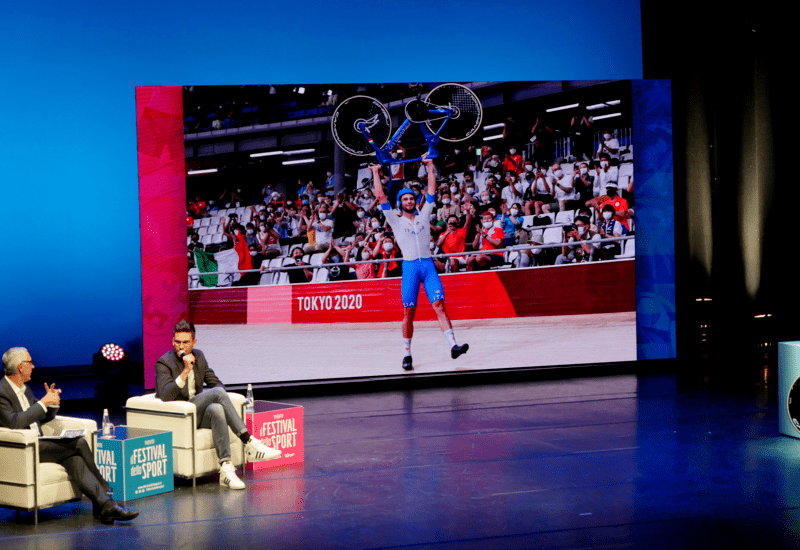 Filippo Ganna pulled the brakes. After months of intense activity, the conquest of a world time trial gold, the Olympic team gold in the pursuit and having helped Egan Bernal to win the Giro d'Italia , the "National Pippo" took a free evening to confide in to the public of the Trento Sport Festival . His season is not over yet because in a few days he will be at the start of the World Championship on the track in Roubaix , a city that immediately makes us think of the cobblestone race and the possibility that the fastest athlete in the world on two wheels can participate as a protagonist: “Maybe in the future I could participate in some great classics with the aim of doing well - he explained - even if Roubaix takes a lot of luck. I have some doubts about competing in stage races to win them, I would not want to distort my essence as a cronoman. This is why I prefer to win as I am doing now. " Francesco Moser was also on stage, who" pushed "him to try the hour record:" Maybe in 2022 - said Ganna - but you need a free head and a maniacal preparation " .

Ganna has retraced his successes and endless series of triumphs, even though he is only 25 years old, achieved first on the track and then on the road. It all started with the bike donated by grandfather Ambrogio (think that after the first race in the very young category he wanted to stop). A great lover of food: "I eat a lot and I have to check myself often so as not to overdo it", and of the family: "Even if I'm never at home", the Ineos rider recounted the victories of his teammates at the Giro, Hart and Bernal: “In the beginning it was hard to integrate, then I found my dimension. In 2020 it was a boom of emotions, Tao is a golden boy. While this year I suffered more. Egan trusted me and often thanked me for the work I did for him, so much so that he told me that having me by his side gave him so much security. For me it was like having a younger brother ”.