Tokyo 2020, the favorites of the online test 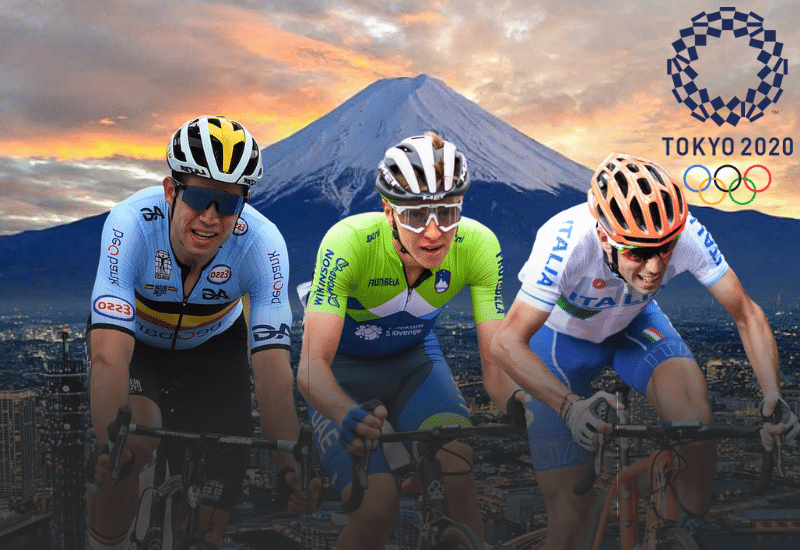 Slovenia and Belgium favored, Italy could be the surprise!

On paper, the Tokyo Olympics road cycling event will be a challenge between Slovenia and Belgium. The former, in fact, can rely on the winner of the Tour de France Tadej Pogacar , who is a true phenomenon uphill. The latter, on the other hand, have Wout Van Aert , a total runner that no one can afford to bring in the sprint, given that he is the only athlete, among those suitable for the track, who boasts a pure sprinter inspiration. What's more, Belgium and Slovenia can count on two second- tier leaders of Remco Evenepoel and Primoz Roglic.

The other national teams have several interesting men. There are athletes who, if in a day, can also cope with Pogacar on a climb like the Mikuni Pass , which measures seven kilometers and has an average gradient of 10%.

For Italy once again the role will be that of the outsider, given that we do not have athletes able to compete with the best on paper. The blue quintet, made up of Vincenzo Nibali , Giulio Ciccone, Damiano Caruso, Gianni Moscon and Alberto Bettiol, will therefore have to rely on inventiveness, perhaps trying to act from afar.

David Gaudu and Guillame Martin will instead be the two captains of France, returning from a good Tour, accompanied by Cavagna and Cosnefroy. Quartet interesting also for Colombia, which will field the veterans from the Tour Rigoberto Uran , Nairo Quintana , Sergio Higuita and Esteban Chaves . Richard Carapaz after the podium at the Tour de France will try to bring Ecuador a medal, as well as Alexey Lutsenko for Kazakhstan, who even won in London 2012 with Vinokourov. Michael Woods (Canada), Pavel Sivakov and Aleksandr Vlasov (Russia), George Bennett (New Zealand), Michal Kwiatkowski and Rafal Majka (Poland), Bauke Mollema and Wilco Kelderman (Holland), Jakob Fuglsang ( Denmark), Richie Porte (Australia), Marc Hirschi and Stefan Kung (Switzerland), Patrick Konrad (Austria) and Daniel Martin (Ireland).