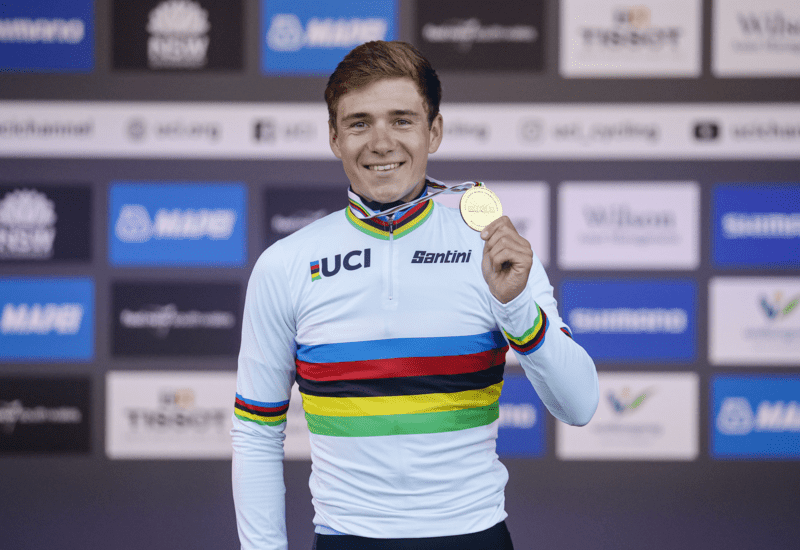 The announcement of the world champion through a social video

Now it's also official, Remco Evenepoel will race the Giro d'Italia 2023 . The Belgian talent communicated it through a social video in which he begins with a greeting in Italian "Ciao a tutti" and then continues by saying that he is already in Italy for some reconnaissance of the route: "I will do the Giro 2023 and I can't wait - Evenepoel says in the video - It will be a special edition for me since I'm wearing the rainbow jersey. I hope to see you soon here in Italy and that you are by my side and the team because we want to do well and we can't wait to be there”.

The Giro d'Italia will see the rainbow jersey at the start , it hasn't happened since 2012, when Mark Cavendish took part in the pink race after his world championship triumph in Copenhagen.

We'll see how long Evenepoel 's shirt will remain in the world championship before taking on a strong pink hue.