Towards the Tour de France, Pogacar is aiming for a hat-trick 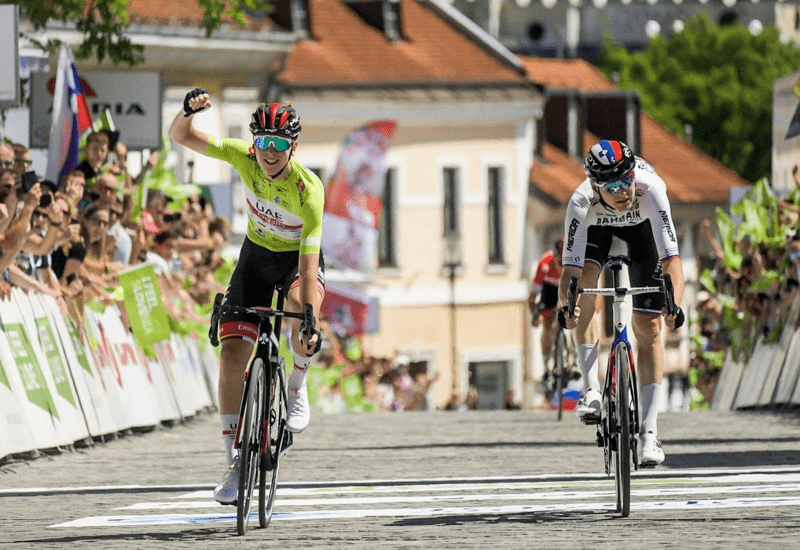 Tadej Pogačar had n't raced for two months, but he showed up in brilliant conditions at the Tour of Slovenia . He won two out of five stages, he let his wingman Rafal Majka win two. As in 2021, he closed his home race in first place and looks very strong for the Tour de France with the aim of arriving in yellow in Paris for the third time in a row.

Dominique Issartel writes about the team which, in search of confidence and serenity, chose for the first time in their career to skip the national championships this week, “to isolate themselves in the Alps, at high altitude, with their teammate Urska Zigart. A way to fill up on peace before the madness of the Tour, where he will be the big favorite ".

THE ROUTE OF THE TOUR DE FRANCE 2022 IN DETAIL. WATCH THE VIDEO ON OUR YOUTUBE CHANNEL 👉 https://www.youtube.com/watch?v=qRX7foAxe8o

But what tour will it be? The new big unknown is the return of covid infections, almost half of the group had to withdraw from the Tour of Switzerland , closed by the victory of Geraint Thomas after the time trial in Vaduz which went to Evenepoel . Only 76 made it all the way through. One of the teams withdrawn due to an outbreak was the Jumbo of Primož Roglič and Vingegaard , the two who had dominated the Dauphiné more or less in the manner of Pogačar and Majka in Slovenia. The French newspaper writes that Van Aert's pursuit of the green jersey could distract them from the bigger goal, but Roglič explains that choosing is not talked about, because "doing without Wout is like doing without at least two runners ".

For the rest we will have to see in what conditions Vlasov will present himself, who appeared in great form at the Tour of Switzerland and then forced to retire due to Covid, or if there will be another rider able to counter the duel announced between UAE - Jumbo Visma and Pogacar- Roglic.