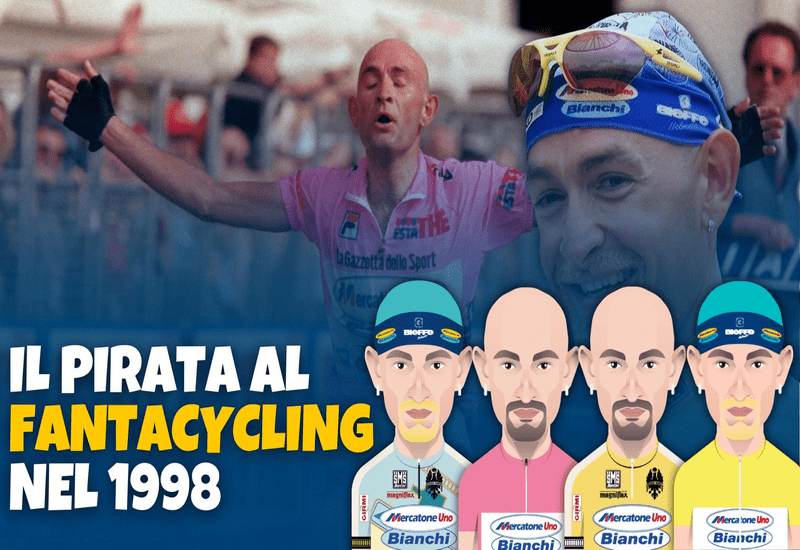 A video dedicated by Fantacycling, on the Pirate's birthday

Today, January 13, Marco Pantani would have turned 52 and it still does not seem true to us that he left so soon, on that cursed Valentine's Day in 2004. Everyone misses the Pirate , who has become passionate about cycling thanks to him, and to whom, seeing him shoot uphill, relived emotions that seemed forgotten. Among the many beautiful moments that Pantani made us live, indelible memories take us back to that magical 1998 , with the victory in the Giro d'Italia and the Tour de France . The Pirate is the last runner to have won the pink race and the Grande boucle in the same year, after him, none.

We still have in our eyes his shot to detach Tonkov at Plan di Montecampione in the Giro '98, or the progression on the Galibier in the Tour de France , with which, in the midst of a hell of rain, he demolished the German giant Jan Ullrich . 24 years ago Fantacycling did not exist, but imagine how nice it would have been to have the Pirate in your fantasy team : a dream. We tried to give you this emotion, with a Première video dedicated to Marco Pantani which will be released at 13:00 on our YouTube channel.

We imagined having the Pirate in our lineup at Fantacycling and we calculated, based on our tables, how many points he would have scored in that magical 1998. A video worth seeing; a thought for Marco, precisely on his birthday, because after all, for us, he has never gone away and if we close our eyes, we see him still there, getting up on the pedals, snaps and thrills us.