Pogacar: "In the future I will race the Giro d'Italia" 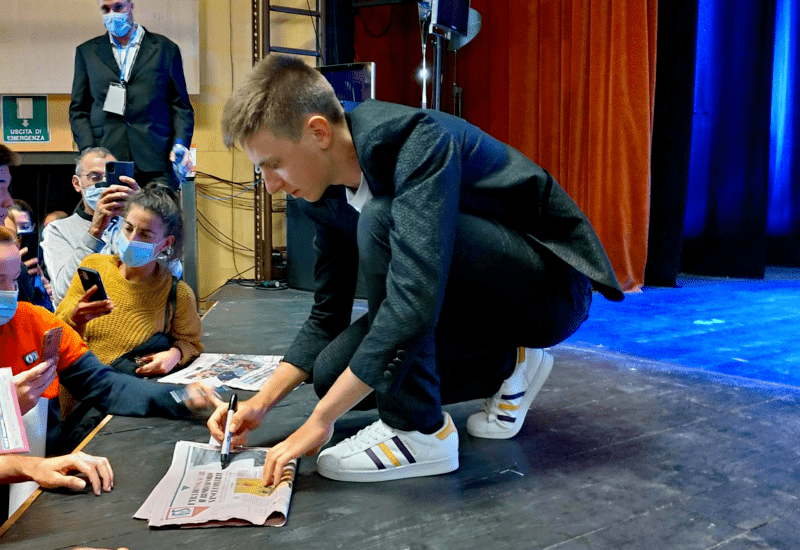 The Slovenian phenomenon guest at the Trento Sports Festival

Win two Tour de France , a Liege and a Lombardia , at the age of 23. This is done by a phenomenon named Tadej Pogacar . The Slovenian was a guest at the Trento Sport Festival where he talked about his second season at the top which, by now, has consecrated him in the temple of world cycling.

We start with the last success, just yesterday in Bergamo : “I knew Masnada was catching up with me and I waited for him - said the 'child', I was hoping to sprint with him. And it was enough ”. Then the victories in France: “I am proud of what I did and it was nice to share them with my team and the team. They give me a lot and I always try to give my best for them ”.

Between a greeting from his mother, his sister and his girlfriend on video, Pogacar confirmed that he will get married soon, that he wants to wear the rainbow jersey and that in the future he will race the Giro d'Italia , however glissing on the possible Giro-Tour pairing to win in the same year: “Even if I don't know when yet, I want to be at the start of a Giro. But it also depends on the choices of the UAE Emirates. In any case, it is a beautiful race that passes close to my country ”.

Tadej confessed that he has many friends in the group and has a lot of respect for his opponents. Although on Evenepoel , the anecdote of his teammate Valerio Conti during a video greeting unsettles: “We were at the Volta Algarve and he was at the beginning of his career. I asked him if he had seen how strong Evenepoel was. He replied yes, but that he was stronger ”.

Finally, up to what age would you like to run? “I don't see myself riding a bike at 36-37 - he concluded - now I'm at my best and I wouldn't be surprised if in a few years my strength starts to decline. But I will continue to compete as long as I am happy to do so ”.